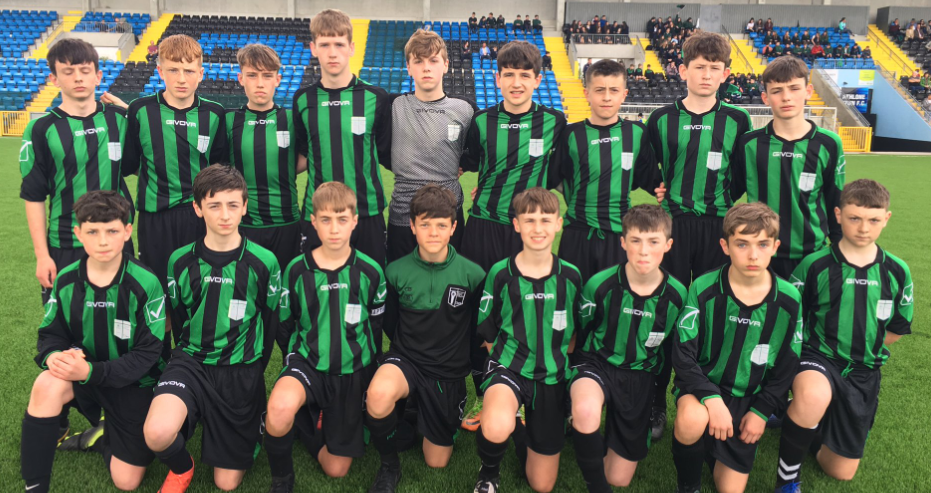 Well done to our first year boys soccer team! They were crowned All Ireland National Cup Champions after defeating St Joseph’s of Galway 2-0 in Athlone today. Scoil Mhuire Clane took the lead in the 4th minute with a 25yard free kick from Ruadhan Kane. Clane tested the St Joseph’s defence on a number of occasions in the first half but couldn’t capitalise on their lead. The first half ended 1-0 to Scoil Mhuire Clane. St Joseph’s came out fighting in the second half but the Clane defence remained solid throughout the game. With 7 minutes remaining Evan Waldron broke the the St Joseph’s defence and slotted home a well placed shot to give Scoil Mhuire Clane a 2-0 lead. The game finished 2-0 and Clane were crowned All Ireland Champions. Congratulations again to the team and all involved. Big thanks to all the parents and students who came to the game today to support the lads. A special word of thanks to Mr Sheridan and Mr O'Connor for giving the opportunity to the lads.